Last week while doing routine maintenance within Google Webmaster Tools, I noticed a spike in 404 errors on one of my client websites. This was really weird to me, because not much had changed on the site. The only major change was upgrading from Joomla 1.5 to 2.5 and creating a custom component for them, but that happend late last year, so having 404’s show up due to that change didn’t seem right to me.

Thankfully, Google has some great tools for tracking and fixing your website 404’s. They’ve had these tools for a while, but just today I noticed a new section that tells you when they first encountered the error as well as what page contained the link that sent them to the 404. I’m not sure when Google added this feature, but it’s a nice addition to their error reporting. 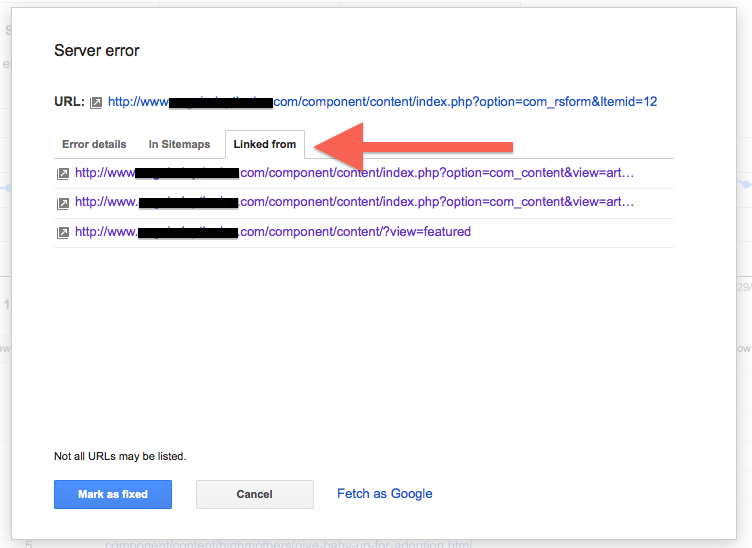 I inspected those pages that Google said contained the bad link, but I could not find it anywhere; everything was working as expected. After looking more closely, I saw that the bad link, as reported by Google, wasn’t actually pointing to the root of the domain as it was supposed to, it was acting as a relative link on that page. A relative link is one that links to another page using the current page as the starting point. This is accomplished by not including a leading / within the href on your links.

But as I said earlier, the browser was interpreting the links just fine. I couldn’t produce the 404 by clicking around. This is because of the presence of a <base href=”/” /> tag in the head of the document. If you have a base tag, all relative links on that page use it as the base to link from, rather than the current URL.

The only conclusion I could come to after reviewing all this is that Google no longer respects the base tag when crawling and parsing your website. I’m not sure why they would do this, because it’s a valid tag; it even made it into the HTML 5 spec.

So I should ask, have any of you experienced this? If so (or if you think I’m just crazy) sound off in the comments below.